Rosenberg Martin Greenberg is honored to have a veteran of the United States Army, partner Steve Levin, in the criminal defense and investigations group. In 2020, Steve retired as a military judge after thirty years of active duty and reserve service.

Having earned a Legion of Merit for his distinguished service, Steve also earned a reputation as an aggressive, thorough, and respected defense attorney. Steve has represented military men and women in high profile cases involving Homicide, and Manslaughter; Sexual Assault; Computer Crimes; Drug Distribution, Possession, and Use; Aggravated Assault and Battery, Sexual Harassment, AWOL and Unauthorized Absence; Perjury; and Fraud.

Steve has also written hundreds of briefs and argued dozens of appellate cases before the Army Court of Criminal Appeals and the Court of Appeals for the Armed Forces.

Additionally, Steve handles administrative matters before the Defense Office of Hearing and Appeals for Security Clearance matters, the Military Discharge Review Boards to upgrade discharges, and the Military Boards for Correction of Military Records.

If you are seeking assistance with a military defense matter for either trial or appeals, please contact Steve Levin at slevin@rosenbergmartin.com.

The University of Maryland Francis King Carey School of Law elected Jamar R. Brown to Board of Visitors

Jamar R. Brown has been elected to the Board of Visitors for the University of Maryland Francis King Carey School of Law. The board is a collaborative forum and professional resource providing insight and support to the dean on a range of issues critical to the continued growth and success of the law school. The… 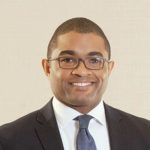