Winston Churchill acknowledged that “all men make mistakes, but only wise men learn from their mistakes.” Likewise, Henry Ford is credited with saying that “the only real mistake is the one from which we learn nothing.”

Former National Security Advisor Michael Flynn, the beneficiary of an executive pardon so recent that the ink on the parchment is still drying, would be well-served to read a little more and tweet a little less.

On Dec. 2, 2020, the disgraced retired general tweeted a full-page ad that ran in The Washington Times that claimed extraordinary executive actions were necessary to avoid the alternative of an imminent “shooting civil war.” Two weeks later, Flynn elaborated on cable television, stating that President Trump could declare martial law and order the military to seize voting machines in a number of states, then rerun the Presidential election, presumably allowing Trump to remain in power.

Flynn’s support for the ad and his suggestion regarding martial law arguably raise questions as to whether he can be charged with the commission of two military crimes, sedition and conduct unbecoming an officer.

Sedition is defined in Article 94 of the Uniform Code of Military Justice (UCMJ) as: “Any person with intent to cause the overthrow or destruction of lawful civil authority, creates, in concert with any other person, revolt, violence, or other disturbance against that authority is guilty of sedition.” It is a separate crime under Article 133 for an officer to engage in “behavior in an unofficial or private capacity which, in dishonoring or disgracing the officer personally, seriously compromises the person’s standing as an officer.”

Having recently retired from the Army, I am loathe to support military retirees being called back to active duty to face court-martial for misconduct occurring post-retirement. Michael Flynn, however, makes this proposition compelling, and Congress has clearly authorized it.

Article 2(a) of the UCMJ extends court-martial jurisdiction over certain categories of military retirees, including “[r]etired members of a regular component of the armed forces who are entitled to pay.” While the military courts have allowed for such an exercise of Congressional authorization, at least one civilian federal judge is not on board.

While living in Japan, retired Gunnery Sgt. Derek Dinger was found to be producing and in possession of child pornography. He was arrested and prosecuted in the military court system, where he was convicted and sentenced to nine years’ confinement and a dishonorable discharge.

On appeal, Dinger challenged the military court’s jurisdiction over a retiree for conduct committed during his retirement. The Navy Marine-Corps Court of Criminal Appeals held that “the Constitution allows Congress to authorize military trials of members of the armed services.” The court found Dinger to be such a member and affirmed the conviction. But in a similar case decided last month, a federal judge ruled that Congress’s extension of jurisdiction to retired service members is unconstitutional.

According to court filings, Steven Larrabee served in the U.S. Marine Corps for 20 years.  From 2012 to 2014, he was stationed at Marine Corps Air Station in Japan. Following his retirement, Larrabee remained in Iwakuni and managed two local bars in the area. At one of those bars, he sexually assaulted a bartender and recorded the assault on his cell phone.  He was later convicted by a general court-martial of one specification of sexual assault and one specification of indecent recording and sentenced to confinement and a punitive discharge.

Ultimately, Larrabee collaterally attacked the constitutionality of his conviction to the U.S. District Court for the District of Columbia. Like Dinger, Larrabee argued that the military did not have jurisdiction to prosecute him for crimes committed post-retirement. The court agreed.

In an 18-page memorandum opinion, Judge Richard Leon held that “in the absence of a principled basis promoting good order and discipline, Congress’s present exercise of court-martial jurisdiction . . .  is unconstitutional.”  In other words, the government had not adequately demonstrated that court-martial jurisdiction over military retirees is necessary to maintain good order and discipline.

While the Larrabee case resulted in a different outcome than Dinger’s case, Flynn’s conduct arguably provides a very strong basis for the exercise of court-martial jurisdiction. Unlike Larrabee’s case, military authorities reviewing Flynn’s conduct could easily justify the need to prosecute a retired general who seemingly threatened to overthrow the results of a free and fair election.

It remains to be seen if Flynn will be prosecuted (again), if Trump will pardon Flynn (again), or if Flynn’s words and conduct, while unbecoming, become lost in the noise that we have grown too accustomed to hearing. 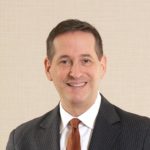